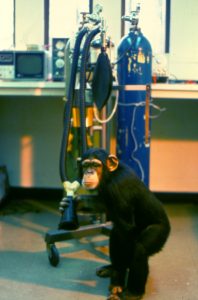 Humans are sometimes referred to as the “hairless ape” and indeed, within the Primate Order, humans are most closely related to the African apes, and to chimpanzees in particular.  Studies of all aspects of chimpanzee behavior, ecology and anatomy are therefore fundamental components of research about who we are and where we came from.  Beyond this anthropological perspective, biomedical research has often focused on chimpanzees as an animal model due to the marked similarity between their genetic make-up and our own.  However, while the chimpanzee’s genetic closeness to humans makes it a valuable animal model, at the same time it raises ethical questions regarding what types of research on chimpanzees are or are not appropriate.

In 2011 the US National Institutes of Health (NIH) released the findings of a study reporting that chimpanzees have become increasingly less relevant for biomedical research with new advances in use of genetically modified mice and other approaches such as in vitro and in silico systems.  The following year the NIH developed a new set of guidelines limiting use of chimpanzees, and in 2013 it announced plans to retire nearly all of its research chimpanzees, markedly reducing the number of available chimpanzee research subjects.  At the same time, lobbying efforts by animal rights groups were underway for the US Fish and Wildlife Service to list captive chimpanzees as endangered (as wild chimpanzees have been for many years).  This change in status became effective in 2015.

The Stony Brook Primate Locomotion Lab investigators undertook the project on chimpanzee bipedalism in 2009, prior to these changes, and the data collection was completed in 2015, a few months before the ruling to list captive chimpanzees as endangered went into effect.  While accidental, our timing proved to be highly fortuitous. We were aware of the increasingly limited availability of chimpanzee research subjects when the project began, but we did not know of the changes that were to occur in the next few years.  While the type of research involved in this project would have been permissible under the new NIH guidelines, the change to endangered status severely restricts any kind of research on captive chimpanzees, and it would not be possible to undertake a project like this today.  The data collected for this project, as well as the musculoskeletal  model created as a part of it, are being made freely available through this web site to the research community so that anthropologists will  continue to be able to ask and answer questions about chimpanzee locomotion in the future without the need for additional experimental data.

The three juvenile male chimpanzees that were loaned to the Stony Brook Primate Locomotion Laboratory for this project were returned to the NIRC, and NIRC has recently announced plans to retire them along with 200 others to the Project Chimps sanctuary in Blue Ridge, Georgia. 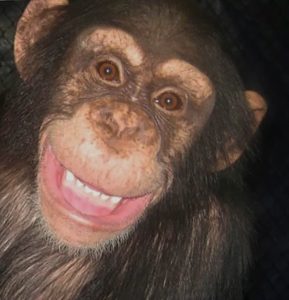 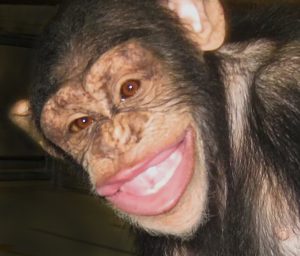 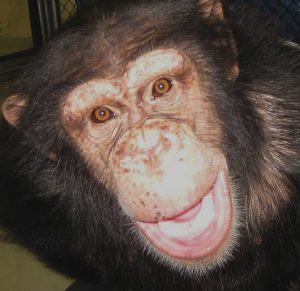