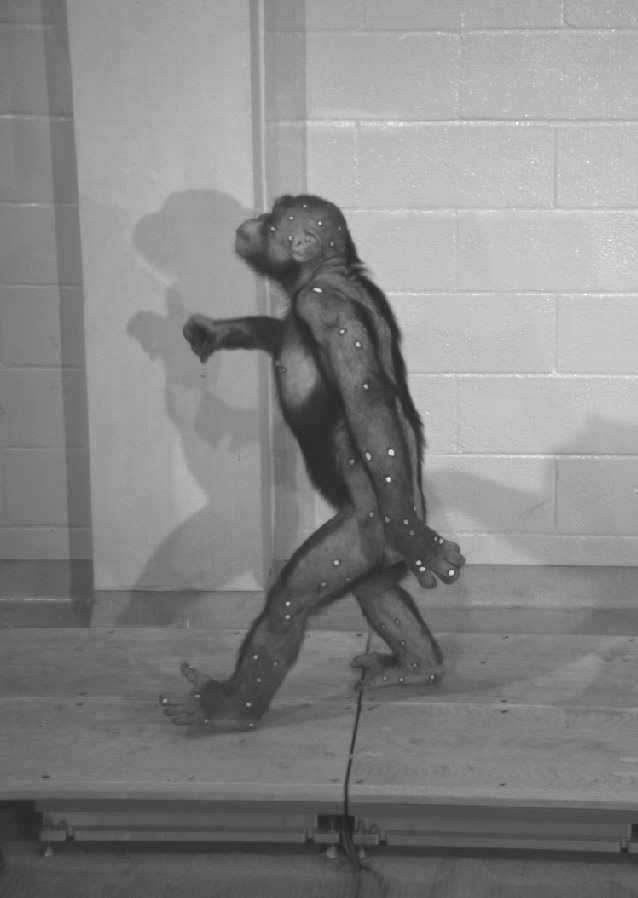 Primate research subjects do not tolerate ball-shaped markers or marker clusters attached to them via glue or straps. Instead we used skin markers painted on with non-toxic paint.  Trial and error determined that markers consisting of white circles surrounded by a dark outline to enhance contrast on the animals’ light skin yield the best results for automatic recognition (auto-digitizing) of markers in ProAnalyst.  Animals are lightly anesthetized with isoflurane gas delivered through a mask and target areas are shaved prior to application of skin markers.  The markers included clusters of three non-colinear markers (triads) used to define anatomical segments, and additional individual markers placed on skin overlying bony landmarks associated with joint axes of rotation and / or proximal and distal segment boundaries.  To maximize visibility of the flat painted-on markers so as to minimize manual digitizing, our marker sets are designed to target left side motion only.  Several marker sets were used, but the most commonly used set for the recording of whole body kinematics will be described here.  A list of all markers used can be found in the trials that have been processed for coordinate data extraction. 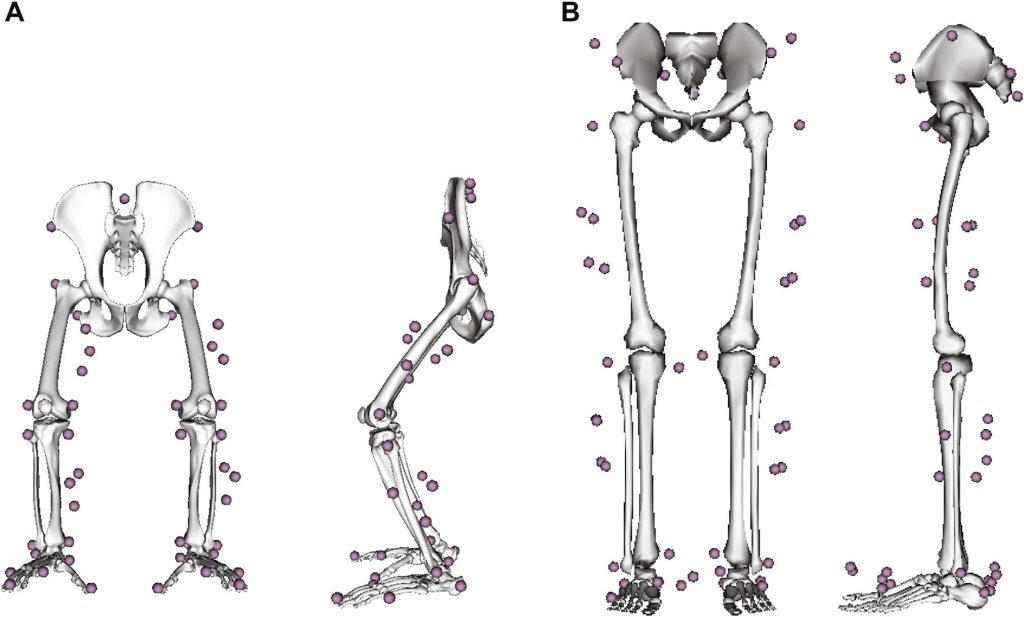 Anatomical and segment marker clusters used for determining chimpanzee (A) and human (B) kinematics, from O’Neill et al., 2015, Fig. 3

Since most markers are on the left side of the body, they are seen by cameras when animals walked from right to left across the runway. The left side medial markers in the list as well as a set of markers on the right side are not registered in the locomotor recordings. They were located (in many experiments) with the still anesthetized animal placed in the calibrated space and a wand with several ball markers at known distances to its tip pointing to them while their left side counterparts are also visible. The right side marker positions are listed in the digitizing module of Proanalyst when applicable. Additional marker positions on the head and foot can also be found in processed ProAnalyst trials and in Thompson (head, 2016) and Holowka (foot, 2015).